As always, it is hard to give out draft grades and pick winners and losers so quickly after a draft. Many people like to complain about them, but what else does anyone have to do right now anyways? Normally, I say something like it’s hard to pick only a few winners and pick any losers, but this year I think some drafts stood head and shoulders above the rest. And more importantly, some teams like the Packers threw up some absolute trash can drafts to make picking losers even easier for a change.

You can check out the 2020 NFL Draft Losers here.

END_OF_DOCUMENT_TOKEN_TO_BE_REPLACED

To say that the Lions had an interesting draft would be putting it mildly. The whole weekend for the entire NFL was strange and new, but it was not bad. I’m not going to sit here and pretend that I know more than Bob Quinn or Matt Patricia when you get into Day 3 of the NFL Draft…but I’m not sure they did anything to assuage fears that they are in over their heads.

Do not get me wrong, I think the Lions had a solid draft. If we were grading it, I would probably give it a B…but there were just some picks that kept it from being a slam dunk and kept people wondering what they were doing.

First and foremost, based on the players they drafted, it is clear that they do not think defensive line and EDGE is as big of a weakness as everyone else seems too. Drafting D’Andre Swift at 35 over Yetur Gross-Matos, AJ Epenesa, and Ross Blacklock certainly shows that. I’m sure they are counting on a guy like Austin Bryant being able to perform this year as well. Secondly, their draft showed that they’re committing to a nasty, power run game. Drafting Jonah Jackson and Logan Stenberg shows that they’re not concerned with athleticism so much as strength and playing powerful. And lastly, it’s unfortunate the Lions were not able to trade down and acquire more picks, but you cannot manufacture trades out of thin air. I thought Bob Quinn did a good job moving around the board to get the players he wanted and it did not end up costing him any picks.

END_OF_DOCUMENT_TOKEN_TO_BE_REPLACED

To say that this year has taken a strange turn would be the complete understatement of the century. We have already surpassed 30 days without sports and my watch list is dwindling. Fortunately, the NFL is pushing ahead with the NFL Draft (whether you think that is good or bad is another topic for discussion) and will give sports fans a much needed distraction. I’m going to go on record and say that this will be the most watched NFL Draft ever. It’ll be a production that is tremendously different than what we have grown used to seeing, but something is most certainly better than nothing. Frankly, having a broadcast that has less glitz and glamor and more football content might be better.

As for what the Lions will do in the draft, I have a few ideas and hopes. And if you want the Lions to dump Matthew Stafford and take a massive dead cap hit to draft Tua Tagovailoa, please stop reading. If a QB is hurt that much in college, it’s hard to believe he will stay healthy in the pros. He’s only four months removed from the injury/surgery so no one knows if there will be any long term implications or residual problems yet. The doctors can tell you that he will be fine and he is on track, but it will likely be August before he’s close to a clean bill of health. Not to mention that Stafford is wildly underrated as a quarterback and the dead cap hit would cripple the team. This is a team and an organization that needs to win now, and moving on to a rookie QB is not the way to do that.

That being said, if the Lions miss the playoffs and Bob Quinn and Matt Patricia get fired…then moving on from Stafford can be brought up. His dead cap hit is much lower next year and Trevor Lawrence would be coming out. That is a topic I will entertain if this year is a complete disaster…Tua, I will not.

So what do I want the Lions to do?

Well, first and foremost, I would love for Chase Young to somehow fall into their laps. I think that is tremendously unlikely, but there’s always hope. Next, I would like them to trade down. I do not care how far down they go, but anything to acquire some more picks for more talent would be great. And if those first two options are not available, they should draft Jeff Okudah. I would have preferred the Lions hang on to Darius Slay, but since they traded him and added Desmond Trufant, they still have a hole at cornerback that needs to be addressed. Trufant is a good stop-gap, but they need a guy of the future, a true franchise corner to build off of. Amani Oruwariye could develop into a key contributor in the future, but you should not pass up the opportunity to snag a franchise corner.

Alright, so that concludes the brief version…if you want, scroll down to the seven round mock and move on with your day. If you want to go more in-depth, then let’s ride.

END_OF_DOCUMENT_TOKEN_TO_BE_REPLACED

Posted on September 7, 2019 by Jeff Weintraub

Courtesy of a busy work schedule this bad boy is coming out later than ever before…but I had to throw up something.

Last year I drank a lot of the Matt Patricia Kool-Aid and did not think the growing pains would be as brutal as they were. I thought 10-6 was possible and 9-7 was likely but man, oh man was it bad. The defense was bad, the offense was bad and it was just a complete debacle. This year, after watching the preseason and looking at the roster, I am not drinking the Kool-Aid. Could they make the playoffs? Perhaps…especially after what I saw out of the Bears and Packers offenses this week. Only issue is, the Lions want to be a run a similar offense to what the Packers just did.

END_OF_DOCUMENT_TOKEN_TO_BE_REPLACED

It’s about that time of year….fortunately or unfortunately depending on your outlook for this coming season. The 18-19 season finished with yet another thud…a pathetic performance against Ohio State and a disgraceful one against Florida. I do not love the comments coming out of Ann Arbor from Don Brown saying that they’re not going to adjust or go away from their perceived strengths because they do not want players to lose confidence in what they’re currently running.

To me that’s a pretty asinine way of thinking. If you’re getting absolutely pummeled, that’s going to make you lose confidence in yourself and your team more than a coach trying to adjust to an opponent gameplan. It’s surprising that this has been said publicly when Jim Harbaugh has shown he will do absolutely anything and adjust in any manner necessary to try and win.

This year he brought in Josh Gattis to run the offense. Unless you’ve been living under a rock you will have heard all about the “Speed In Space”…for me, it’s catchy, but until I see it have success, I’m not going to drink the Kool-Aid. I’m glad that the offense will have more tempo in it. In year’s past they struggled mightily to do anything quickly and a two-minute offense was really about a six-minute offense. Gattis is a first time playcaller so we’ll have to see how comfortable he is. I’s one thing to design an offense and gameplan…it’s another to call plays and dial up everything at the right time to have success.

END_OF_DOCUMENT_TOKEN_TO_BE_REPLACED 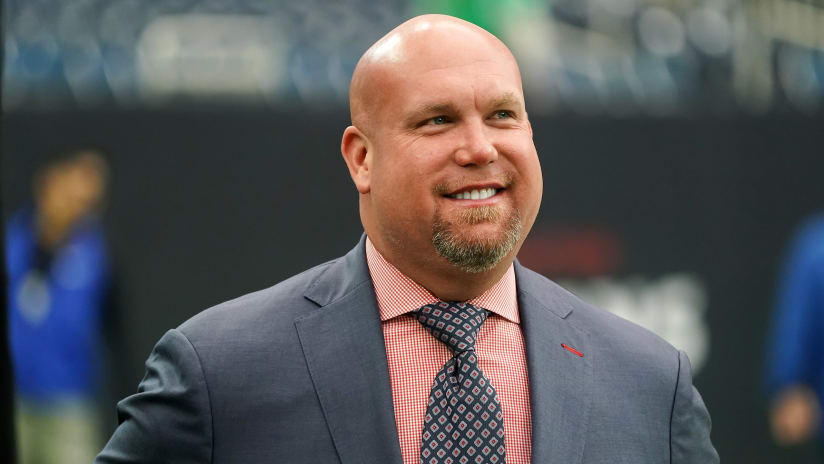 I’m going to end up cheating a little bit with the NFL Draft Losers but since this is my blog, I think that’s going to be alright.

I liked what the Arizona Cardinals did in the NFL Draft. I think Kyler Murray is a stud and I think they did a good job of surrounding him with weapons. Byron Murphy is a great second round pick. So listing Steve Keim/the Arizona Cardinals here has nothing to do with the actual draft that they had this past week. It’s a good one and I think it made them a lot better. BUT, to only get a late 2nd round pick and a 2020 5th round pick for Josh Rosen is truly terrible. END_OF_DOCUMENT_TOKEN_TO_BE_REPLACED 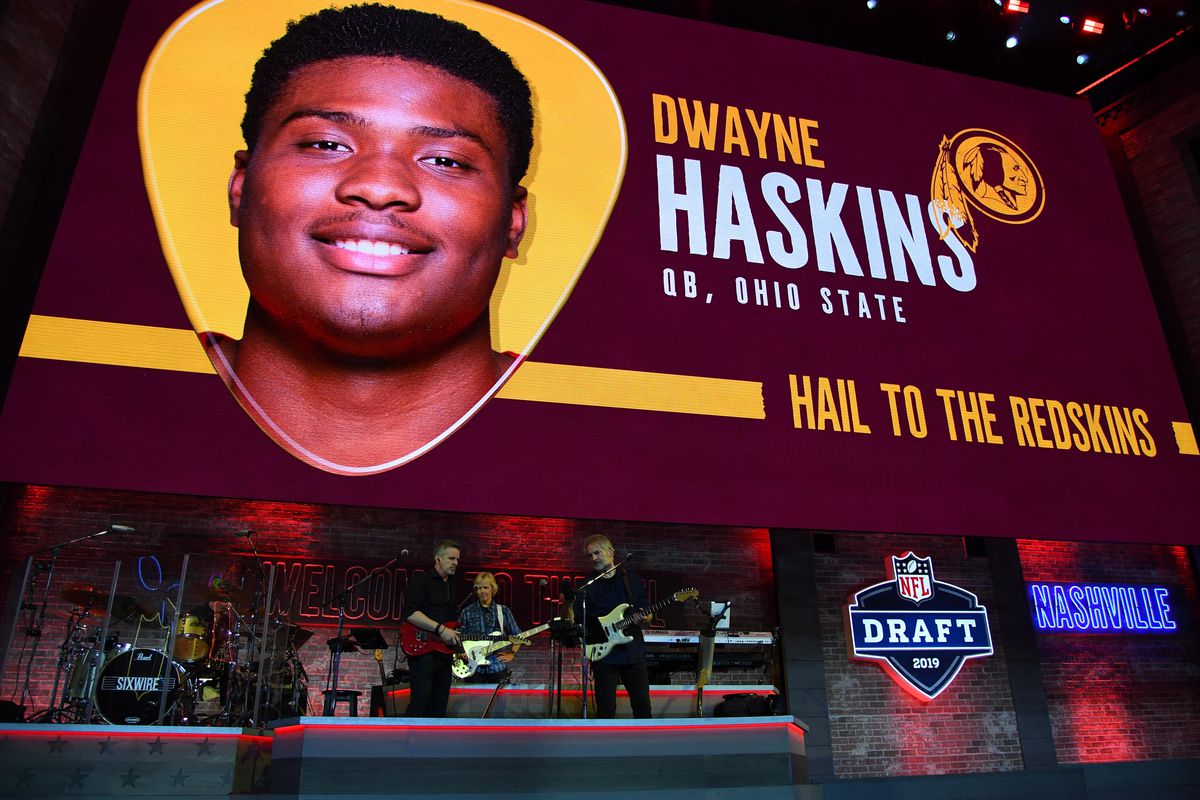 I really need to just come up with a blanket opening paragraph for the NFL Draft Winners and Losers article. It’s getting harder and harder to limit the winners list and to find teams to put on the losers list each year. Then you fast-forward 4 years and you look at the 2016 NFL Draft class and you see 14 1st round picks not having their 5th year options picked up and then it’s like oh yeah, that’s why picking winners and losers immediately after the draft is so difficult and such a crapshoot.

At any rate, here are the top 5 teams that I thought did a particularly good job at addressing needs and made their team better. We’ll get to see how well this ages.

END_OF_DOCUMENT_TOKEN_TO_BE_REPLACED

The Detroit Lions draft class was yet another polarizing one. Or perhaps it’s just the loudest members of the fan base are also the most negative ones. I’ll be the first to say that I do not think this was … Continue reading →

After the complete and utter disappointment of the Michigan football season, I could not bring myself to write anything recapping the season or talking up spring ball. It just did not seem like there was much of a point/nothing could be added to what happened. The results spoke for themselves. Expectations were not too high until after the win streak started…and then everyone’s hopes/expectations got raised, mine included. At the last second, the clock struck midnight and Michigan turned out to be exactly who we thought they were.

Having had the proper amount of time to reflect on it, the Detroit Lions had a little bit of a similar arc/season. The only difference is that expectations were high at the start and then as the year progressed, they showed us their true colors and just how bad the roster actually was. Feel free to disagree, but having had the time to digest it and process the season, this team was actually not good and the fact they missed the playoffs should not have been a surprise. I had high hopes going into the year with the new coaching staff and figured a few tweaks would help the Lions take the next step, but the overhaul that is needed and the actual roster were much further behind than I initially anticipated.

END_OF_DOCUMENT_TOKEN_TO_BE_REPLACED

Posted on September 9, 2018 by Jeff Weintraub I have to say, I do not have a good feel for how the Lions are going to do this year. Matt Patricia has to overhaul the entire defense and there’s been a lot of turnover on the roster. I’m not a big Jim Bob Cooter fan, but he’s back and still calling plays. Hopefully Patricia will take the reins off a bit…it was understandably vanilla in the preseason, but they must be more aggressive and less predictable than last year. There is one thing that I’m 100% confident about and that is if Matthew Stafford gets hurt and misses significant time, the Lions will not win a game without him.